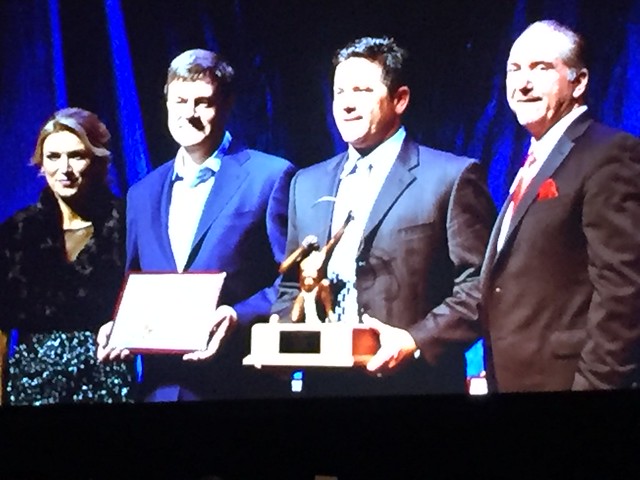 I received my confirmation from Safari Club International on the score for my big non-typical Blacktail from August of last year. He’s officially their new number 18! The non-typicals score much better SCI as they don’t make the deductions for asymmetry like B&C. What an incredible buck!

Saturday I went to the annual 200 yard shoot hosted by my local chapter of Safari Club International. We usually have about 15 guys show up to sight in their rifles for hunting season at the Chabot 200 yard  range which we have to ourselves for the day.

I started out with my prized Cooper which I received last year in time to take my best Blacktail Buck to date. I had the rifle custom made in .270 winchester and waited almost two years for it to arrive.

I had bought some of the new Federal .270 with a 110 gr Barnes Tipped Triple Shocks which are rated at 3400 fps. This load was very interesting as it approximates the extremely flat trajectory of the .257 Weatherby out of a .270 Winchester. This load sighted dead on at 200 is only 5″ low at 300 yards and with a slightly higher adjustment could be a great deer load out to 400. My main concern is can the twist on my barrel stabilize such a light bullet. After a few groups I think the answer is, not well enough. I was able to shoot a couple 2″ groups however it’s not as accurate as I had hoped. The rifle is so accurate with more typical .270 loads I’ll probably just go back to 140gr Accubonds.

Next up was my Sako 85 in 30.06. This is a great all weather rifle and my go to gun for when I don’t want to carry the Cooper around, like in rain or snow. I have it set up for the Barnes 180 gr Triple Shocks so that it’s legal for pigs in the California A Zone which does not allow lead in an attempt to help save the endangered California Condor.

The Sako always seems to deliver great accuracy. It was also my best group of the day at 1 1/2″. Many of the guys out there shoot nice groups but I’m always curious how far they are off from their ‘Point of Aim’. While I’m trying to shoot under 2″ at 200 yards, most all of my shots all day were within 3 of my Point of Aim and most were under 2.

My last rifle of the day is my Sauer 202 in .300 Weatherby. This is a finicky gun for some reason. I took a nice elk with it in New Mexico only after coming up with a good handload. Today I’m just sighting in a box of 180 gr Nosler Partitions. It does about what I expected which is around a 3″ group at 200 yards. Still all three shots are within 2″ of my ‘point of aim’ and it’s still a great elk rifle with that level of accuracy.

Was a great day, always enjoy shooting with these guys as many of them have exotic hunting planned for the fall. I shot next to Mike Borel our chapter president. He always does some amazing groups with his Browning A-Bolt in .280 with a carbon fiber wrapped Christensen barrel. He’s off to Switzerland for Ibex this fall.