My first introduction to Martial Arts was Sabre fencing while attending San Jose State University in the early 1980’s. I had the good fortune to take foil and then two semesters of Sabre from Maestro Michael D’Asaro. I enjoyed Sabre fencing a great deal and in my final years at San Jose State while living in Palo Alto I would fence once a week at Stanford in Roble Hall where their team hosted an open fencing night.

Eskrima  is the umbrella term for the traditional martial arts of the Philippines, which emphasize weapon-based fighting with sticks, knives and other bladed weapons, and various improvised weapons. It also includes hand-to-hand combat and weapon disarming techniques. After attending several seminars from various instructors I began training with the Inayan School of Eskrima. Founded by Suro Mike Inay who trained under Angel Cabales and Max Sarmiento.  I attained first rank in the Inayan System under the training of Guro Corey Hanosh. Suro Mike Inay passed away in 2000 and his teachings are carried on now by several of his senior students including Jon Ward, Emanuel Hart, Steve Klement, and his son Jason Inay. 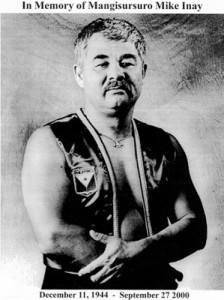